What Happens When 4 Doorway Singers Get Stuck In The Snow? Music Madness! 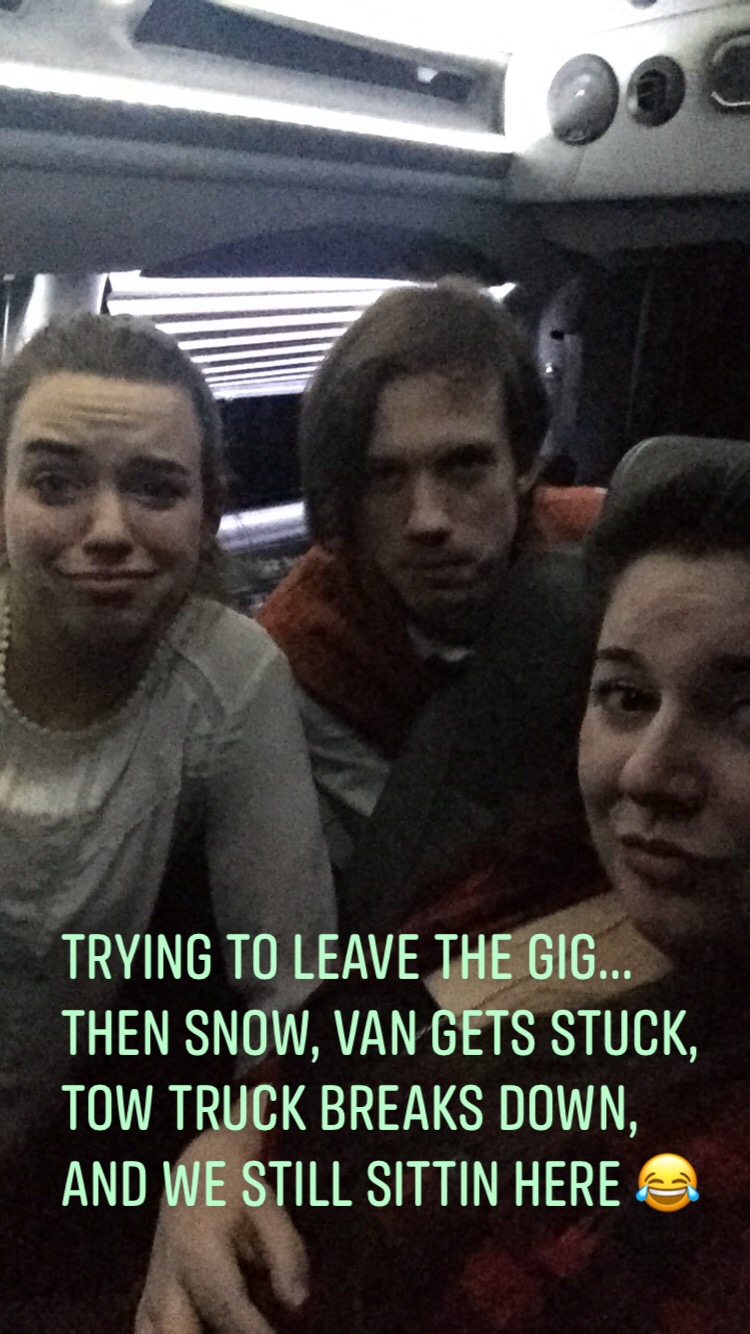 What happens when four Doorway Singers get caught in the snow?  Brittany writes us a first hand account!

Robin, Jaron, Ava, and I arrived at the Boxwood Inn in Newport News at 5:40 pm to sing a gig for The Doorway Singers. (Luckily we decided to leave our cars in Norfolk and take Robins giant Chevy Express van… that’s important later.) When we arrived we noticed the power was out at the inn! There had been a snowstorm and someone had skidded into a pole.

We were told the gig was to continue anyway for the guests who had not cancelled their reservation, and we sang for the Boxwood dinner party by candle light. It was kinda magical.

Upon leaving, we found ourselves blocked in by a few cars of Boxwood guests, but they had a large driveway (we thought), and Robin is a pilot in that van, after all. As she started to maneuver her way out, the wheels started spinning and we realized we were deeply and hopelessly stuck in a pit of snow and mud.

We called Robin’s roadside assistance to come get us out. They were supposed to send a text, but after 30 minutes, no text arrived. We called again. And TowTruck#1 has broken down and cancelled our call. The insurance dispatched TowTruck#2, which would arrive in roughly 90 minutes.

We made ourselves comfortable.

Then we got bored of being comfortable and had a dance party (thanks goodness for that van).

But of course, dance parties get exhausting after a while. So we started singing 4-part arrangements to various classic rock songs.

Then we wanted to take a recording of our songs! But instead we started playing with Instagram filters and found a Blair-witch style filter… an idea was born.

We wrote, directed, produced, and starred in a mini-horror movie.

Upon concluding the film, we had now been waiting more than 90 minutes, so we called the towing company directly. TowTruck#2 was on its way and should be there in another 25 minutes. 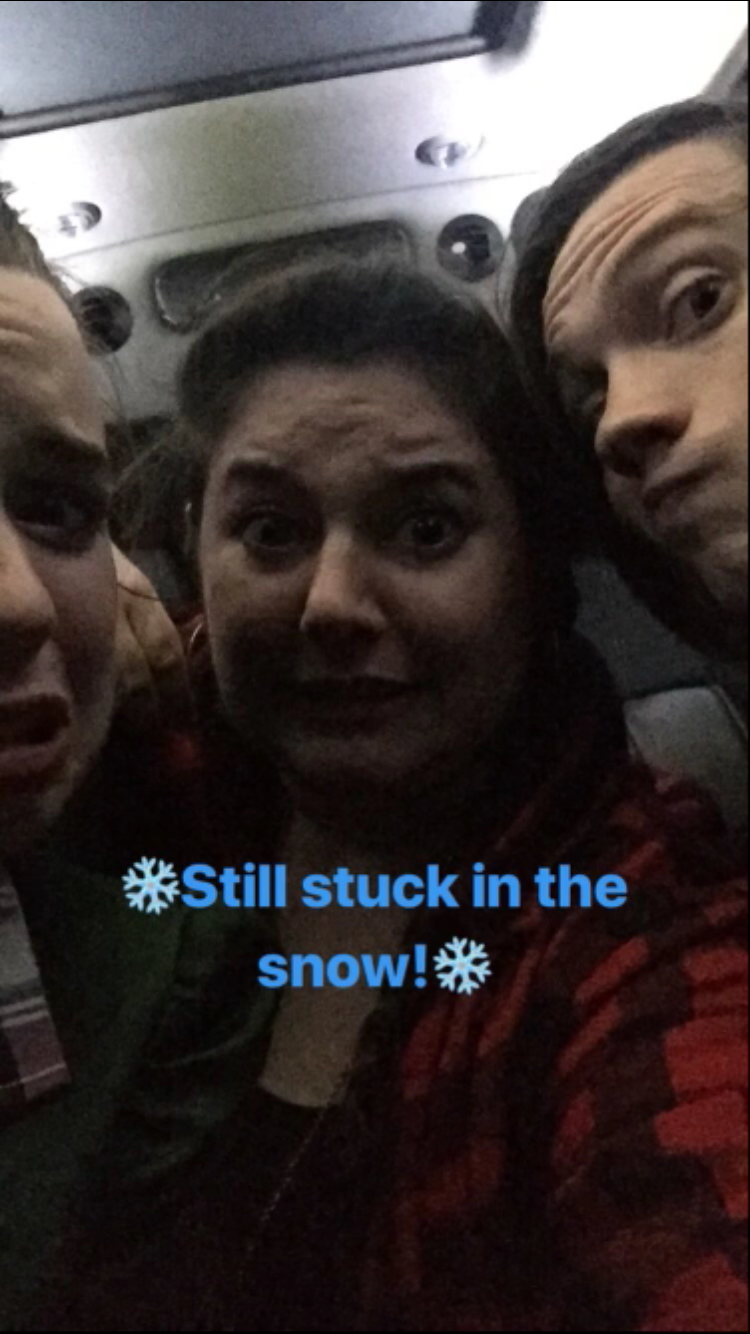 Eventually around 11:15 pm TowTruck#3 shows up… (who cares that it’s not the same company we called before, just get us out of here!) *And so the four stranded singers were rescued from their plight…*

We traveled back to Norfolk, and the parking lot where Jaron and I left our cars only to find the flood gate had been put up and we couldn’t access them.

In the interest of protecting the innocent let’s just say there were some things in our cars we needed that we managed to get.  We won’t talk about how.  Robin took us all home (again, 3 cheers for Robin and her incredible van!)

Never underestimate the creativity of four artists stuck in the snow!